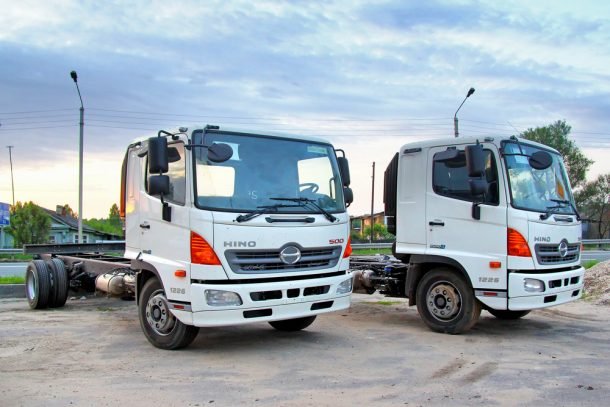 A few years ago, you couldn’t sneeze in an elevator without it landing on at least one automotive executive in trouble for diesel emissions cheating. Following Volkswagen’s diesel emissions scandal in 2015, regulators around the globe smelled blood in the water and the feeding frenzy began. Diesel cars that were previously championed as the cleaner alternative in Europe were now public enemy number one. Manufacturers responsible for long-lasting engines with high efficiencies were subjected to enhanced scrutiny. It was something of a sooty witch hunt and has gradually lost steam as the world found new, more immediate things to be outraged with.

But that doesn’t mean nobody has been checking up on them. Hino Motors, Toyota’s truck and bus arm, has confessed that it caught itself cheating after launching an internal investigation into its North American operations. Apparently, some products that should have been subject to Japan’s 2016 emission regulations were not — among some other issues.

“Based on the findings to date, Hino believes that it failed to appropriately respond to internal pressures to achieve certain targets and meet schedules that were placed on Hino employees,” the company explained in a prepared statement.

Hino has frozen sales of its Ranger, Profia, and S’elega products in Japan, citing that fuel economy ratings tabulated during testing had been tampered with by engineers. The manufacturer apologized profusely (at least for a corporate press release) and said that it would be treating the matter without the utmost seriousness.

Though Hino might not be quite so innocent as it first seems. For starters, it didn’t actually discover the problem. U.S. regulators had reportedly already flagged some inconsistencies with the company’s emission reporting, leading to the Department of Justice launching an investigation. But the release pens it as the if its the other way round:

Hino then expanded the scope of the investigation to include a review of emissions certification procedures for engines certified to Japanese regulatory standards. In conjunction with that investigation, Hino has also conducted verification testing of engine performance including emissions and fuel economy.

Hino has identified misconduct related to the certification procedures for multiple engine models subject to the 2016 emissions regulations (so-called ‘post- post- new long-term regulations’; the “2016 Emission Regulations”) and fuel economy standards in Japan and found problems in engine performance. Therefore, Hino has decided to suspend the sale of the A05C (HC-SCR), A09C, E13C engines and vehicles equipped with those engines. While Hino also identified a problem concerning the fuel economy performance of the N04C (Urea-SCR) engine, no misconduct in relation to its certification testing has been identified to date.

Regulators are typically overbearing and often out of touch. But automakers aren’t angels and have occasionally endangered their own customers in an effort to protect profits. That makes this issue fairly minimal in the grand scheme of things. But Hino’s excuse is so close to VW’s back when it had to explain its own emissions cheating that I’m hesitant to call this an oversight on the part of the manufacturer.

The company has said it’s sold at least 150,000 vehicles to customers that it believes might need to be recalled, with the initial steps having already been taken. The biggest issue is trucks producing more NOX emissions than regulators officially allow and vehicles being listed with fuel economies that were not representative of real-world driving. Hino said it will be more mindful in the future and will be establishing a special committee consisting of independent experts that will propose corrective measures to their engine development processes.