Looks like we can look forward to an episode of “Jay Leno’s Garage” featuring the Tesla Cybertruck, based on footage that showed the former late-night host driving it with Elon Musk riding shotgun, which hit social media over the weekend.

Instagram user gorgeouserika uploaded footage of the Cybertruck cruising down Crenshaw Boulevard in Hawthorne, California, not far from the SpaceX headquarters and Tesla Design Center. You can clearly see Musk in the passenger seat waving as the Cybertruck pulls silently away from a stop, though it’s difficult to make out Leno beyond a shock of white hair. Gorgeouserika refers to the wildly designed electric pickup truck as “the little SpaceX car. The little Elon Musk car,” which is our new favorite moniker — despite it clearly being much larger than her Honda.

We’ll note here that the audio on the video is filled with profanities, so view at your own discretion. And Autoblog does not condone filming other vehicles with a smartphone while you drive.

Teslarati reported that the Cybertruck was trailed by a camera car as it cruised down Crenshaw and that the episode will reportedly also feature the Model Y, Tesla’s forthcoming crossover.

Leno has been outspoken about his admiration of Tesla and EVs in general, having previously delved into Tesla and the forthcoming next-gen Roadster in a previous episode. Last summer, Leno went on CNBC to discuss the return of his show, saying “I have a Tesla. I’ve had it for three years. I’ve never done anything. There’s no fluids to change. There’s nothing.

“For new technology to succeed, it can’t be equal, it’s got to be better, and they’ve sort of solved the battery problem. It can go 350 to 400 miles on a charge on a lot of electric cars. There’s no maintenance. They’re faster than the gas car. So there’s almost no reason to have a gas car unless you’re doing long-haul duty.” 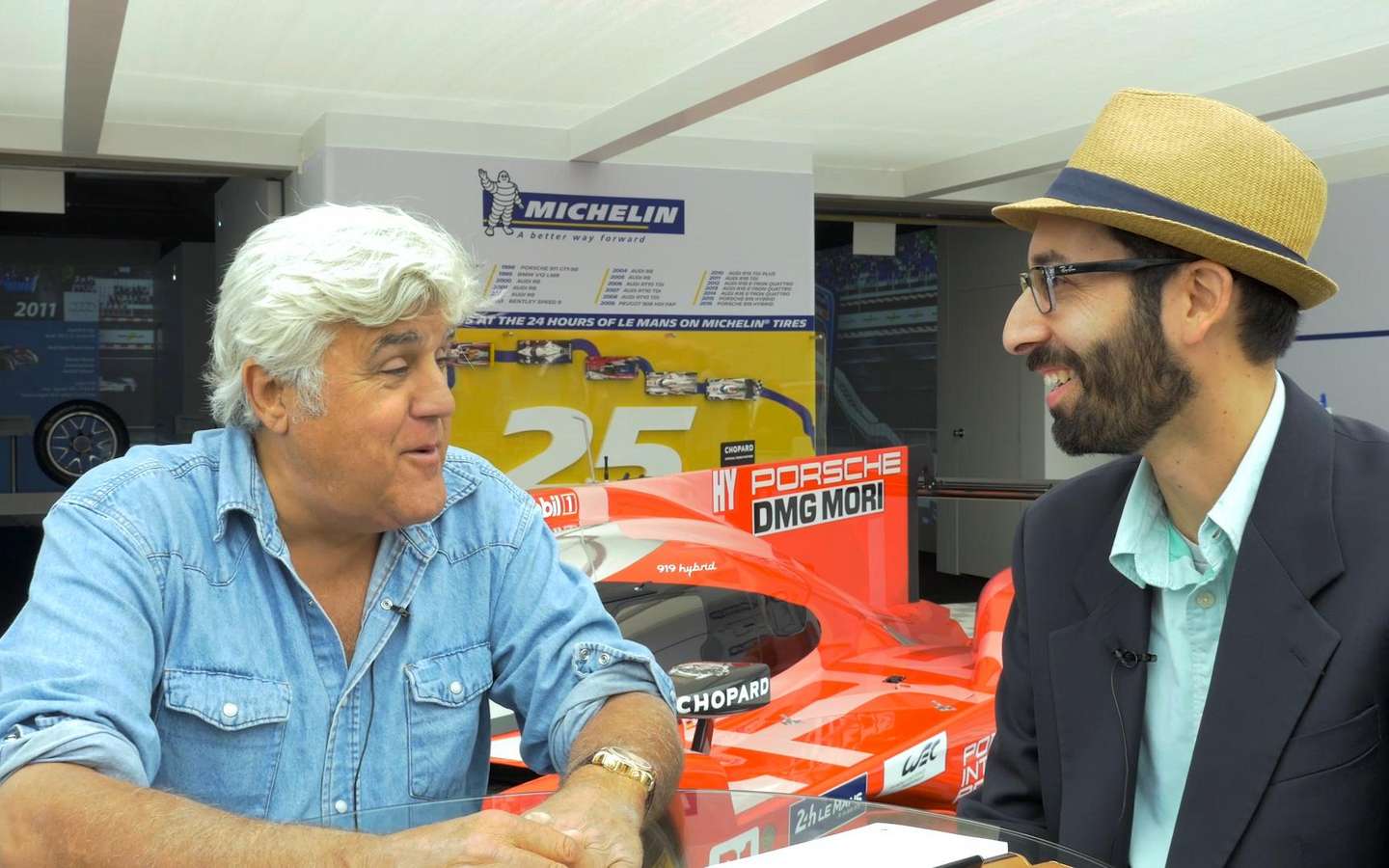